Kumbh Mela Haridwar 2021 would be the one of the biggest events for the Indian Hindu community. It is the command of faith that can part a river, move mountains and continue the needs that come bundled up for individual an important part of Kumbh Mela, a worshippers of millions, gathered together to be flowing from the inhuman earthly cycle of life and death and move towards a delightful realm, which discerns no suffering or pain.

Note:Char Dham Yatra 2021 is going to starts in Uttarakhand from the last week of May 2021. Book Chardham Yatra Package and Chardham Helicopter Service From Dehradun.

It's the mythological the past of India and the sacred holy texts that join us carnal souls to an endless hope - things will be better, without the ever-forthcoming terror of them getting worse that cripples us here. "An eternal life free of sins" is assured that comes attached with the wonderful event of Kumbh Mela Haridwar. It's a promise to which millions want to be bound with, and it is this promise that has made Kumbh Mela what it is at present.

Kumbh Mela in Haridwar and other places celebrated as per mythodology that a waging war between the gods and demons for the possession of elixir of endless life, a few drops of it had fallen on to 4 places which are Haridwar, Allahabad(Prayagraj) , Ujjain and Nasik. It is believed that these drops gave supernatural powers to these places.

Depending on what movements and position of the Sun, Moon and Jupiter hold in that era in different zodiac signs, the place for Kumbh Mela Haridwar is decided. When Jupiter and the sun are in the zodiac sign Leo (Singh Rashi) it is held in Trimbakeshwar, Nashik; when the sun is in Aries (Mesha Rashi) it is celebrated at Haridwar; when Jupiter is in Taurus (Vrishabha Rashi) and the sun is in Capricorn (Makar Rashi) Kumbha Mela is celebrated at Prayag and Jupiter and the sun are in Scorpio (Vrishchik Rashi) the Mela is celebrated at Ujjain. Each site's celebration dates are calculated in advance according to a special combination of zodiacal positions of Sun, Moon, and Jupiter.

The main event of the festival is ritual bathing at the banks of the river in whichever city it is being held. Other activities include religious planning, devotional singing, mass feeding of holy men and women and the poor, and religious assemblies where doctrines are debated and standardized. Kumbh Mela is the most sacred of all the pilgrimages. 1000s of holy men and women attend, and the auspiciousness of the fair is in part attributable to this. The sadhus are seen clad in saffron sheets with ashes and powder dabbed on their skin per the requirements of very old traditions. Some, called naga sanyasis, may not wear any clothes even in severe winter.

The history of Kumbh Mela is at least 850 years old. AdiShankaracharya is believed to have started, but according to some legends, Kumbha has started since the beginning of the churning.

The urn(Pot) of the nectar that came out in SumaundraManthan (i.e. churning of Ocean) at the places of Haridwar, Allahabad, Ujjain and Nashik, from where the Kumbh Mela was held in these four places until after every three years. After 12 years, this fair regains its first place. While some documents indicate that the KumbhMela began in 525 BC.

There are many misunderstandings among people about when the deployment of Kumbh Mela is organized. In the
Vedic and mythological times, the baths of Kumbh and ArdhKumbh did not have the form of an administrative system as they do today. Some Religious scholars speak of the tightening of Kumbh in the Gupta period. However, the attested facts come from the time of Emperor ShiladityaHarshavardhana 617-647 AD.

Later Srimad Agha JagatguruShankaracharya and his Disciple Suresvaracharya arranged a bath on the Sangam bank for the Dainami Saints' Arena.

The word Kumbh Mela Or Kumbh Mela means a “Jar , Pot, Pitcher” in Sanskrit language. The word Kumbh was found in Hindus Vedic Texts. In the context of holding pot of water which is called as Nectar of immorality.

Kumbha and its relevant were found in Vedas. Kumbha was mentioned in Rig Veda, Yajurveda, Samaveda, Attarveda & in other ancient Hinduism & Sanskrit texts books.

The word Mela means united, meet, together, union, Gathering. Genreally its used for Fairs, Celebrations, Community Festivals, This is also found in Rigveda& other Hindu literatures.

The Term Kumbh Mela reffered as union, meet of people for Pot of Nector or water of immortality.

“In Simple words People unite in Kumbh Mela Festival as they belive the water of rivers become Nectar at this time“.

Recognition Regarding Maha kumbh Mela
It has been said in Scripture that one year on earth is the day of the gods, so every twelve years Kumbh is kept in one place again. The twelve years of the gods come after 144 years on earth.

It is believed that after 144 years, Kumbh is organized in heaven, so that year Maha kumbh is celebrated on earth. Prayag has been considered as the designated place for Mahakumbh.

The Zodiac sign & planet movements indicates that where will KumbhMela going to be held and in some place. In 2013, Kumbh takes place in Prayag, Allahabad. The Reason for this is also the special position of the Planets in Astrology.
Kumbh also Referred to Zodiac Sign of Aquarius.

According to the rules laid down for Kumbh, Aquarius takes place in Prayag when the sun and moon are in Capricorn on the day of MaghaAmavasya and Guru is in Aries. The same coincidence is going to happen in the year 2013 on 20 February. After 1989, 2001, 2013, the next MahakumbhMela will be held here in 2025.

When both Surya and Guru are in Leo zodiac, then Kumbha-Mela is organized on the banks of river Godavari in (Maharashtra). After 1980, 1992, 2003, next MahakumbhMela will be held here in 2015.

There is a mention in the Vishnu Purana about Kumbh Yoga. Vishnu Purana states that when Guru is in Aquarius and the Sun enters Aries, then Kumbh takes place in Haridwar on the bank of Ganges. After 1986, 1998, 2010, the next MahakumbhMela will be held in Haridwar in 2021.

The venue of Kumbh Mela in year 2021 will be Haridwar India. The place of Kumbh Festival is determined in accordance with the position of the Sun, Moon and Jupiter during this period in different signs of the zodiac.

Since then, Kumbh Mela has been celebrated with all the ritual beliefs, and people from different aspects gather to celebrate the eve.

Among the Navagrahas, the role of Surya, Chandra, Guru and Shani are considered important in the organization of Kumbh. Therefore, Kumbh is organized in the special position of these planets.

When AmritKalash was received from SagarManthan, then there was a tension drawn between the Gods and Asuras with AmritGhat. In such a situation, Kumbh was organized where the drops of nectar spilled from the nectar urn.

At the time of pulling the nectar, the moon saved the nectar from flowing. The Guru kept the Kalash hidden. Sun God saved Kalash from erupting and Shani protected Indra from wrath.

Therefore, when the combination of these planets is in one zodiac, then Aquarius is organized. The cooperation of these four planets protected Nectar(Amrit) in demons and gods war.

Guru stays for a year. In this way, traveling in twelve signs of the zodiac takes 12 years. Therefore, every twelve years, Kumbh is held in the same place. But at the four venues scheduled for Kumbh, Kumbh is celebrated every third year in different locations. The Kumbha of Prayag has a special meaning in the four places programmed for Kumbh. Mahakumbh is held here every 144 years.

This happens every 12 years. It is mainly held in 4 places of Kumbh Mela in India, that is Prayagraj (Allahabad), Haridwar, Nashik and Ujjain. It rotates every 12 years in these 4 places. Millions of tourist from all over the world witness the world's largest gathering of religious pilgrims.

Ardh means half so this can be called as Half KumbhMela which is held every 6 years in India in only two places: HaridwarUttarakhand and Prayagraja Uttar Pradesh.

Maha Kumbh Mela: It is held only in Prayagraj. This happens every 144 years or after 12 Purna Kumbh Mela Completion.
Magh Kumbh Mela: Magh Kumbh is also known as the Mini Kumbh, which is held annually and its only in Prajraj. It is organized in the month of Meg according to the Hindu calendar. Not Crowded like other kumbhfestivals only Small gathering is there in this festival to fulfill the rituals of Festival .

1. What are the Best Places to Visit in Maha Kumbh Mela Haridwar 2021?

2. What are the main Attraction in Haridwar Kumbh Mela Festival?

The Kumbh Mela festival’s most popular attractions are the Nagas (naked monks) Martial arts persformed on main bathing dates. Apart from these, it bears witness to the rituals performed during this time.

3. What types of Shadus / saints / Baba are there in Kumbh Mela festival?

4. Why do People Bath in Ganges in Kumbh Mela Festival?

It is Spiritual belief in Hinduism/Sikh /Jain & some other religions also that bathing in the sacred river Ganga can cleanse all sins. As they believe during Maha Kumbh the Ganges Water becomes Nectar. So Billions of Devotees Take a holy bath in the holy Ganga River in holistic Haridwar Hari-Ki-Pauri during the Maha Kumbh Mela Festival to wash their sins.

5. What is the starting date of Kumbh Mela Haridwar 2021?

7. Who is Naga Sadhus or Naga Baba in Kumbh Mela?

Naga Sadhu are fully Naked Sadhus in Akharas. They leave all the metalic things in life & eat only by bagging or whatever getting from ashrams. The Naga Sadhus have the first right to take bath in Kumbh Mela. In all over India there is only 13 Akhara (Sadhu’s Ashrams) where they made Naga Sadhus. Its vere difficlut to be a Naga Sadhu. Naga Sadhu is famous for there Martial arts & to be nude all around the year. According to Mythological belief Jagadguru Adi Shankaracharya started this tradition to be Naga Sadhu.

8. Where do Naga Sadhus live?

Naga Sadhu live in caves in the Himalayas, away from contact with humans civilization, and seek enlightenment and salvation there.

11. Where will Ganges ceremony or Ganga Aarti take place at Kumbh Mela Haridwar 2021?

The main Ganges ceremony or Ganga Aarti will take place at Chandi Ghat and Har Ki Pauri during Haridwar Kumbh Mela festival. And all Akharas will perform Ganges ceremony at their private ghats or the ghats near to the Akhara.

There are four main Akhada in Kumbh Mela. Which are furthur devided in thirteen Akhadas. At present total 13 Akharas are there to participate in Maha Kumbh Mela Fesival. 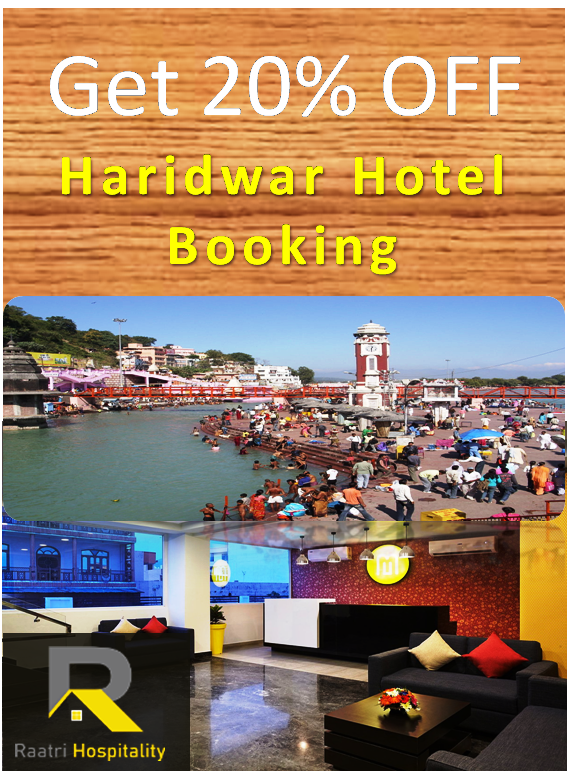